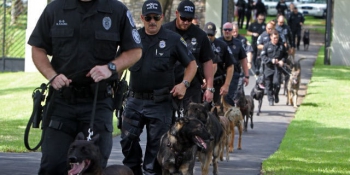 There was a time when police dogs were only used to sniff for drugs. Now, however, police dogs have been trained for a wide variety of activities, and many other animals have entered the fray. Here, the experienced Miami criminal defense attorney at Stroleny Law, P.A. explains how an attorney can help defendants protect their constitutional rights during criminal proceedings based on evidence discovered by a police animal. Call (305) 615-1285 for a free phone consultation if you or a loved one is facing any type of criminal charge.

The Many Tasks a Police Animal Can Complete

The role of police animals is being constantly expanded. K9 officers, for example, are now being trained to sniff for contraband beyond drugs. According to U.S. News and World Report, police dogs can now sniff out hidden electronics such as mobile devices, thumb drives, and other electronic components. This is because circuit boards are made with a specific chemical that dogs can be trained to smell. Police dogs are now being used to execute search warrants in child pornography cases and other computer crimes, because the dog’s powerful sense of smell allows it to detect computers, thumb drives, and other devices that a person might attempt to conceal or destroy.

Dogs are not the only animal employed by law enforcement agencies. Here in Florida, Volusia County deputy sheriffs recently used three police horses to capture a suspect fleeing on foot. WESH 2 reports that one of the horses actually kicked the suspect in order to slow his flight. The suspect now faces charges of fleeing and attempting to elude officers and resisting arrest (in addition to the initial charge of a violation of his probation). 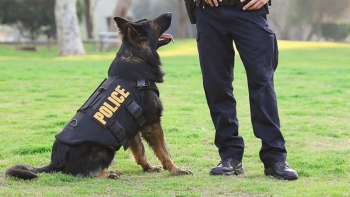 So how is a defendant supposed to have a fair case? A police animal cannot, of course, be cross-examined at trial, but this does not mean that a defendant is unable to challenge an improper arrest. Often this is done through the animal’s handler. A criminal defense attorney in Miami can question the handler about the animal’s training and proven results. The handler can also be questioned about any times the animal falsely alerted to the presence of contraband. This allows the jury to hear evidence that the animal’s police work might be less than reliable.

Of course, the legal strategy used to combat a police animal’s work will depend upon the exact circumstances of a particular case. This is complicated by the inability to question the animal directly. It is therefore important to be represented by an experienced Miami criminal defense attorney if your case involves the work of a police animal.

The skilled criminal defense lawyer at Stroleny Law, P.A. knows how to defend charges based upon the work of police animals. If you find yourself in this complicated legal situation, call (305) 615-1285 for a free phone consultation as soon as possible. The sooner an attorney becomes involved in your case, the better protected your rights will be.