How The Necessity Defense Works in DUI Charges

In some circumstances, a person facing DUI charges in the state of Florida may claim their driving under the influence was necessary because of some emergency-type situation. Not only has our Miami criminal defense firm dealt with situations where these exceptions applied, but we’ve been successful in winning these cases.

This type of exception was recently illustrated by the Driggers v. State case which took place in the Florida’s Fifth District Court of Appeals. The six components of a necessity defense were explained during the case. These are as follows:

1. There must be reasonable grounds for the defendant having believed that an emergency truly existed, as opposed to creating a false emergency.

2. The danger or the threat thereof should, apart from being real also be both “imminent and impending.”

3. This danger must constitute a threat which can cause significant harm to the suspect or another person.

4. No other options for avoiding the danger or emergency must be available other than committing the DUI.

5. The DUI crime must be carried out under duress.

If you’re unsure if these apply to your case contact a criminal attorney in Miami for assistance today. 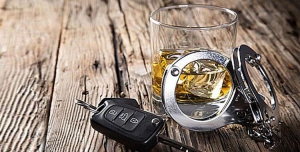 In the Newsome vs. State case, the defendant was awarded clemency when he claimed he was forced for reasons of safety to move a vehicle from the center of a highway while he was over the legal drinking limit. This was because the original driver had exited the car during an argument. One possible reason for the success of this case was that the defendant’s attorney suggested that the jury be properly informed about the necessity defense.

Have you or anyone you know been charged with a DUI? Do you believe that the necessity defense may be helpful to your situation? Because of the potential seriousness of DUI charges, especially those involving damage to property, it’s important that you have help at your side. Even if the necessity defense doesn’t apply to your case, reducing the punishment for more serious DIU’s or underage drinking DUI’s is best obtained by hiring a competent criminal attorney in Miami as soon as possible. Don’t delay it any longer!

Stroleny Law, P.A. handles a variety of criminal law cases, so call now if you have any questions.